Our church: Its beginnings and continued growth 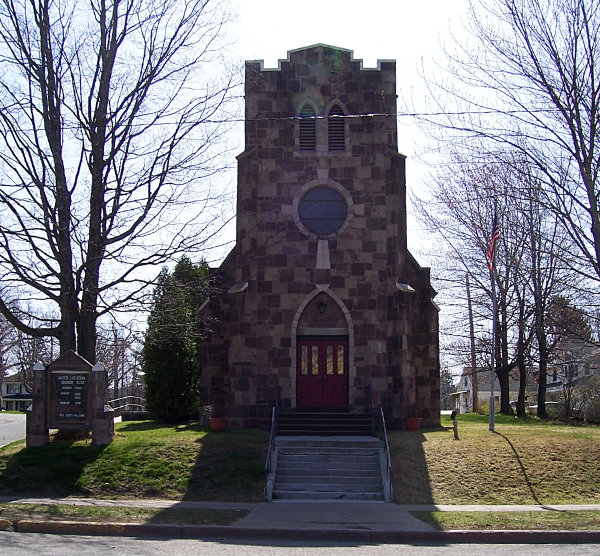 “The history of our congregation goes back to the year 1890, when Rev. Sorde, the Norwegian pastor from Ishpeming, came to Pequaming twice a month, holding meetings in the various homes, and caring for the spiritual needs of the people in those brief visits.”

The quote above is from the booklet which was prepared for the dedication of the church building on July 1, 1945.

On January 16, 1922, the L’Anse congregation began formal plans to have a meeting place of their own. Land was purchased from the Village for the sum of four hundred dollars, a parsonage was built, and on September 21, 1924, under the guidance of Rev. Thor Quanbeck, it was decided to build a small chapel, costing $1,100 to serve as a temporary meeting place.

No more was done about building a more permanent structure to replace the chapel until 1931, when the First Lutheran Ladies’ Aid set aside a fund to be guilt up for that purpose. In 1935, a committee was elected to look into possibilities of buying salvage materials, and several fund-raising activities were conducted during the year to increase the building fund.

On Sunday, September 14, 1941, the congregation was offered the old church building of the Norwegian Lutheran Free Church of Hancock. On September 19th, at a special meeting of the congregation, this generous offer was accepted. It was decided to proceed immediately with dismantling this old church, bringing the materials to L’Anse and preparing for the rebuilding. At that meeting the following were elected to serve on the Building Committee: Embric Almli, Alfred Jentoft, Irving Tollefson, Chester Jentoft, and Albert Almli. A Finance Committee was also elected, comprising: Edward Nilsen, Waldemar Tollefson, and Peter Clyne. Excavation for the basement of the new church was begun on the 24th of October, 1941, with “much donated labor and the loan of a gas shovel and the village trucks.” Although a Marinette architect was engaged, war called him away before the plans could be drawn, making it necessary for Rev. Maurice S. Molvik to draw up all the plans and specifications for the new building.

The basement and superstructure of the church were sufficiently completed by Christmas, 1942, to enable the congregation to hold all of its Christmas services in the lower auditorium. The cornerstone was laid by Rev. L. Lund of Escanaba, President of the Marinette District, on May 16, 1943. Original plans did not call for a tower, plans were amended in the summer of 1944 when the congregation received a substantial gift for this purpose form Mr. Christian Jentoft.

The first services in the new church proper were held on Easter Sunday, April 1, 1945; made possible by the arrival of the chancel furniture and the new pews.

“Although the war has made it impossible to secure a few of the finishing fixtures, we are grateful to God that we have been permitted to complete our task thus far, and that we may dedicate our new church to His glory this first day of July, 1945.”